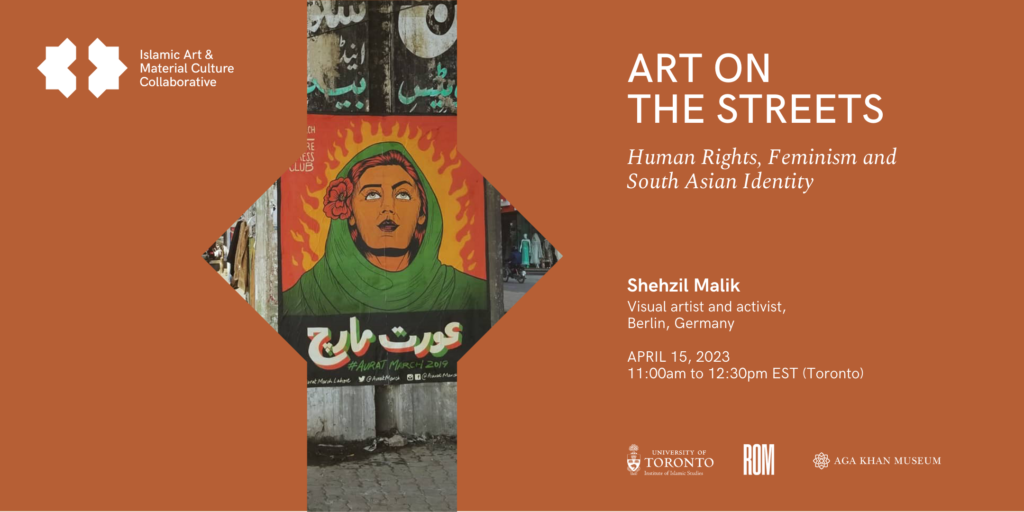 This conversation will focus on the ways in which women experience public spaces, especially with respect to harassment and general safety. Depending on location and socio-economic conditions, women globally navigate physical and virtual spaces differently. Shehzil’s activist work considers the dire state of women’s rights and the ubiquity of gender-based violence in South-Asia. Our discussion will take us through the artwork developed by Shehzil for Aurat March (Women’s March), a remarkable movement of solidarity for women’s rights in Pakistan. The popularity of the bold aesthetics of this work, which places large scale posters of women’s bodies in generally conservative public spaces, highlights the role of art and aesthetics in effective resistance. Shehzil will also discuss largely the role of visual culture in the streets and the language of resistance across the world, considering the recent protests in Iran, conditions for women in Afghanistan and her latest work in Berlin which looks at how social change can be facilitated in both digital spaces and wider society through art-based enquiries.

Shehzil Malik is a visual artist with a focus on human rights, feminism, and South Asian identity. She is a Fellow at the Universität der Künste Berlin, as well as a Fulbright scholar with an MFA in Visual Communication Design from the Rochester Institute of Technology. She leads a studio that works on social impact projects through digital art, publications, textile, and public art. Her work has been featured in CNN, DW, BBC and Forbes with clients including Penguin Random House, Oxfam, Malala Fund, Marvel, New York Times, GIZ and Google. She was a contributing artist and panellist at the Oslo Freedom Forum 2019 and has previously worked as an art director at Ogilvy & Mather, Lahore.

Dr. Heba Mostafa has held positions at the University of California, Berkeley, the University of Kansas and the Kunsthistorisches Institute in Florence. Her research explores the formation of Islamic architecture through the lens of early Islamic sectarianism and governance and the intersections of politics, the sacred and architecture. A focus of her research is the interface of Islam with late antiquity, Christianity and Judaism through commemorative architecture, pilgrimage and ritual practice. Her two most recent projects explore Davidic commemoration in Jerusalem throughout the Islamic Medieval period and the spatial repertoires of Nile veneration in Medieval Cairo.

Sanniah Jabeen, PhD candidate in Art History at the University of Toronto and Senior Fellow at the IAMCC. 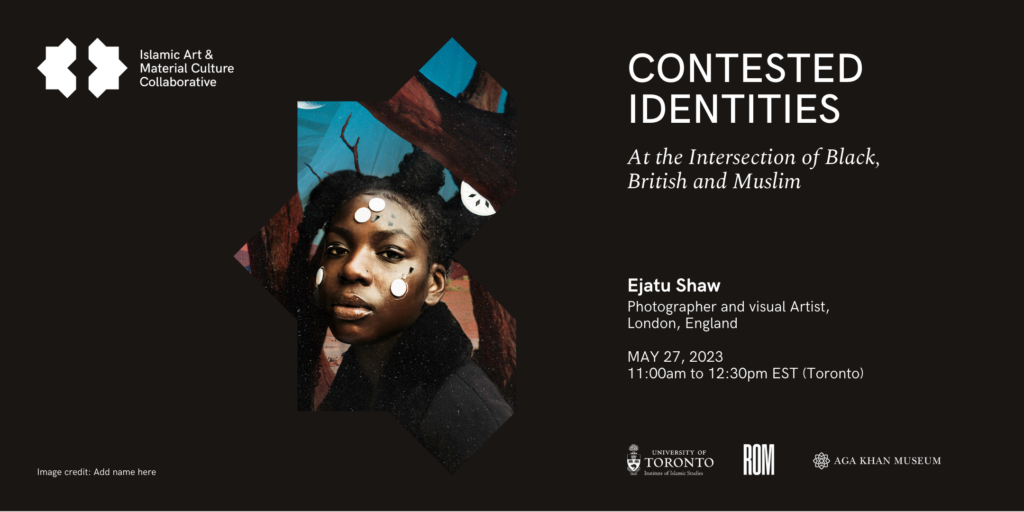 [May 27, 2023] Contested Identities: At the Intersection of Black, British and Muslim, Ejatu Shaw

Shaw's photography draws upon Islamic references and diasporic African cultural tropes to depict her immersion as well as shift from both. 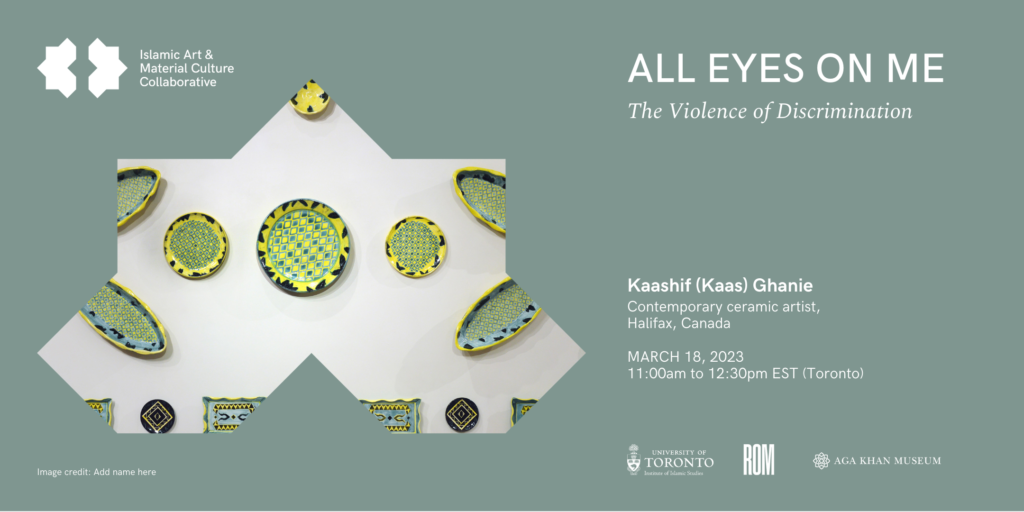 [Mar 18, 2023] All Eyes on Me: The Violence of Discrimination, Kaashif Ghanie

This conversation will highlight Kaashif Ghanie’s artistic practice which responds to racial discrimination.